Amber R. Duell a best-selling and award-winning young adult author. She's a Navy wife and mom of 2 awesome boys. She is a #WriteMentor mentor when time allows and is a co-host on the live broadcast show Young Adult Edition. Red Bull keeps her kicking.

Amber R. Duell was born and raised in a small town in Central New York. While it will always be home, she’s constantly moving with her husband and two sons as a military wife. Before becoming published, she had a wide range of occupations including banking, bartending (though she’s never tried alcohol), and phlebotomy (though she faints with needles). She also volunteered as a re-enactor at the local Revolutionary War fort and worked near shelter cats which led to her previous crazy cat lady status.

She does her best writing in the middle of the night, surviving the daylight hours with massive amounts of caffeine. Her favorite stories are dark with a touch of romance and a villain you either love to hate or hate to love.

When not reading or writing, she enjoys snowboarding, embroidering, snuggling with her cat, and staying up way too late to research genealogy. She loves to travel and has visited more countries than states. Kissing the Blarney Stone and hand-feeding monkeys in the mountains of France will be hard to beat, but that doesn’t stop her from trying to find the next real-life adventure

Get to know me through photos: 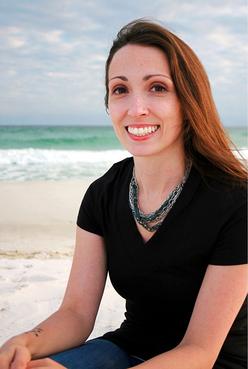